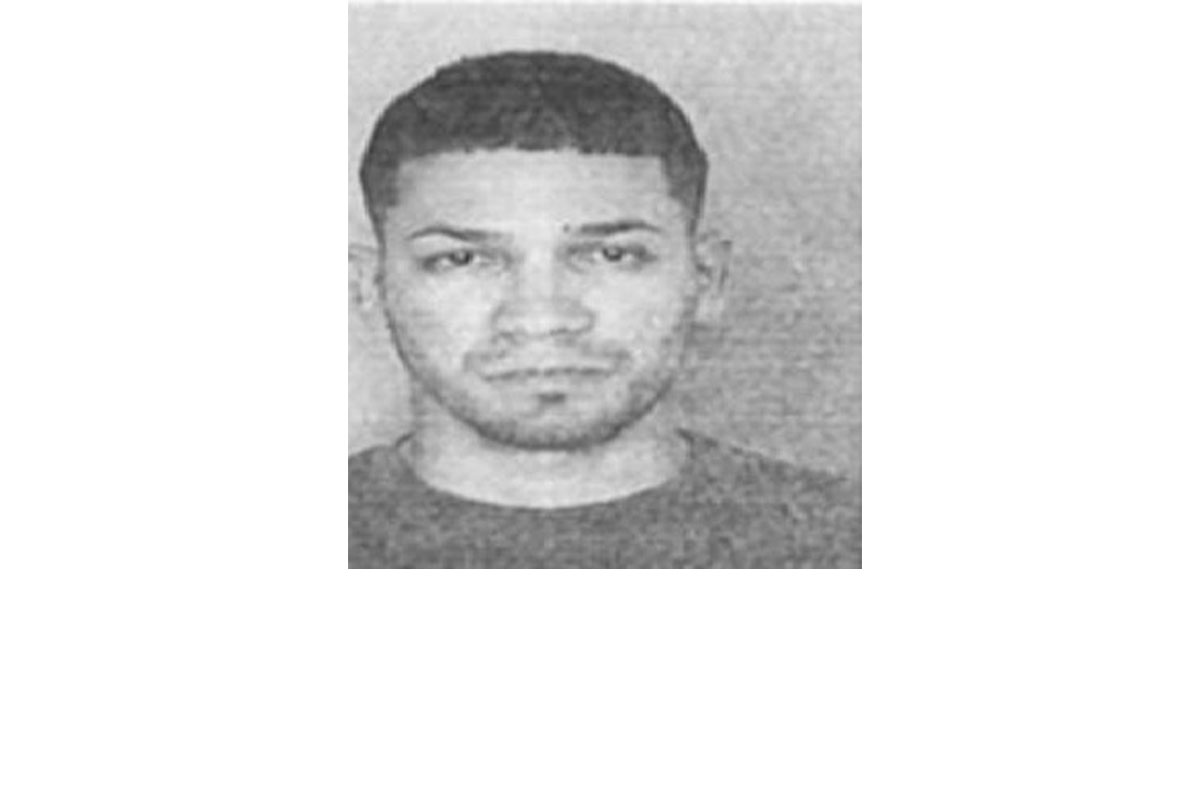 On February of 2019 I was beaten with a pistol and shot at my face for recording a family leaving their garbage. The bullet of course missed within centimeters of my cheekbone, leaving an open gash on my face which I needed 4 stitches for. But fortunately I am very thankful for being alive. Click here to see the video I recorded of the family. Read more about the shooting by clicking here. There were many factors on my decision to drop the charges. In this post I will write about those factors.

I am sure many people won’t like my decision as many people wanted to see justice. But I think the justice system here is not good at all, I think that is why this island is the way it is. It lets out its murderers and rapist free, but will throw the book at someone who possesses cannabis.

The man who shot me, Jean C. Báez Algarín, was apprehended as he tried to flee the scene while he was intoxicated which resulted in him crashing his car into a parked car.

He was arrested and was set free on a 3,000 bond the next day. The date of the trial was set for later on that same month. But no one told me when the date was, so they pushed the trial back another month.

Another month passes and on the day of the trial, finally, we get to have the trial and I am ready to pursue this case. I drove to court myself and parked by the courthouse. But Lo and behold!, As I was coming out of my vehicle, I look out to my left and I see the man who shot me walking past me across the street. He did not notice me in the car, just like the family and him didn’t notice that they left their garbage. I froze and all I could think about is what if he saw me and decided to pull out a gun on me right there.

He walks down the street further, then turns back to my car, this time on my side of the street. So I hid down reaching towards the passenger side so that he won’t see me. That former thought passed through my head once again, as I put the key on the ignition, ready to take off, but he crossed the street and kept walking as my side did not have a sidewalk. But he could have easily just walked on the street and pass by my side and look into the car and see me crouching down.

I did not know how I could exit my car after that encounter. What If I come out and have to confront him in the street. I notified the detective to see if he could pick me up, but to no avail. Finally, I decided to get out and started to walkreally fast to the courthouse where he was standing out front. I made a quick dash into the building to avoid him.

Not allowed to court because I am barefoot

I get into the courthouse but there is a problem, The judge would not let me into the courtroom because I live a barefooted lifestyle. Yes, I have not worn shoes for the last 3 years, therefore I do not own a pair of shoes. click here to find out why I live barefoot. They threaten me with prison time and a fine if I don’t go magically find shoes. Which could be read about by clicking here.

I had to wait in the lobby by the metal detectors until the detective arrived. As I waited there, the man who shot me walks near me to pass those metal detectors. I just looked the other way.

The detective on the case worked hard to try to get me inside, he got me down to the hallway and it looked like we were making headway. They left me out in the hallway, the man who shot me, again, walks right next to me and just gives me an emotionless stare. That was the point when I started thinking twice of whether I should pursue this case.

The detective assured me that he could get me inside barefoot. But what further pushed my decision was that they had to postpone the case yet again a whole month later because his lawyer could not show up. How is that my fault? I have no clue. I showed up and was ready to testify.

Three months after being shot

Another month passes, we are at 3 months here. Another day for the trial. But at this point, I did not want to go through this same loop. I did have shoes ready to go if need be. But I did not want to experience walking into that man the way I did. I think I should have been offered some protection, I was not. I even asked if I could get an escort., to no avail.

The detective in the case was really into seeing justice served. But there was a lack of communication as I would get an occasional text here and there. But I was completely out of the dark in knowing the process and what was going on. It was hard for me to get answers.

Another factor, after experiencing the justice system here, I lost my faith in it. The question for me was how long would this trial actually be and whether I should spend my time on this. People have told me it might take years. It is a long process. I felt the case was not strong, they did not find his gun after he wrecked the car as I think he gave it to his family members or tossed it out of the window. I don’t think The police didn’t even do ballistics. There were no police looking for the bullet or the cap or the gun. I just thought just like that fine being too low, he would just get a slap in the wrist and released within a year.

Furthermore,I have lived in Puerto Rico for the last 8 years and I came to the conclusion that I wanted to leave Puerto Rico to travel, see more of the world and find a new home elsewhere. I did not want to be a prisoner to this trial as I made plans last year before this happened to do so.

The gun shot to my face was a wake up call that life is too short to spend it waiting on doing the things you want to do. So I decided I should not wait anymore and just leave.

Many people probably won’t understand this, but another reason is that I am at peace. I have been on this journey of self-transcendence. A journey of becoming a better human. I share many of the same Buddhist / Taoist principles. One thing I learned in my journey is forgiveness as I write about here.

Immediately after being shot and being stitched up, I decided to forgive and let us not confuse that with meaning that I am OK with what happened. As the following meme will explain.

Giving him a hug

Additionally, when I was not allowed into the courtroom because of the discrimination against my bare feet. I had this silly idea pop into my head. I thought to myself, I should just drop this right here right now and the strangest idea popped into my head, that I should just drop it and give this man a hug.

Shocking! I know. These ideas were popping into the head of someone who lived a much more hateful negative life before. So for me, I was kind of surprised at the major shift in my thought process. Now I live a more loving compassionate understanding & positive life. I made a radical shift in such a short amount of time that sometimes even I, view it as shocking.

But then I came to my senses and thought NAAAAAAAAAH….

For you see, in a way I wanted to hug him because I was thinking wow there are so many lost souls out there in the world right now. On this island it seems like the next generations are becoming lost. I thought maybe a hug would bring a change into this man.

But alas, reality hits and most likely a hug would not do a thing because most of these lost souls have become stone cold where a hug would just be seen to them as a pat on the back. Obviously these lost souls such as Jean C. Báez Algarín, who carry a gun to the beach and would beat a man down with that gun and then shoot them at the head, would have no emotions and unquestionably no respect for life. Certainly no remorse.

Also, I hope that he can be a better role model for those kids who witnessed his atrocious act. I hope he understands what he has done to a man who was just trying to protect the beach.

Most would say now that I have dropped the case that he is going to go ahead and do to it to somewhere else when he gets drunk and enraged as he was. The same could be said about all these lost souls out in the streets right now who are clones of him as it seems like to me that in Puerto Rico, as the people are easily influenced by others. I think one of the problems on this island is the music they listen to as it is brainwashing into making them think they are these gangsters. Teaching them a mentality of disrespect.

I could only say I think karma would come right back around just like it did when he crashed into a parked car.

Message for Jean C. Báez Algarín and the family I recorded

If he is reading this or if a family member of his could read it. Jean C. Báez Algarín, I forgive what you did to me. But I want you to forgive yourself. I want something better for you than being in prison. I want for you to change your ways. For you to battle those demons you have and strive for a better you. If you still have that gun which they never found. you don’t need a gun, you need a book. Do something positive for this world. Be the difference, not another statistic.

To the family that I recorded. Understand why I recorded you. Understand that all I wanted was for you to take all that trash with you. You might feel disrespected, but how do you think I felt when you all decided to leave that trash behind when you know I was there protecting it. I hope you all change your ways and treat this beautiful island better. You all could chose to be better role model for your kids as well.

Thanks to the PRPD

The day of the shooting, The police of the Manati Police department were very helpful. I like to thank the detective in the case as well as he was fighting for me to get into the courtroom and assured me that he would, the second time around.

Over to you. Was it wrong for me to drop the case? Would you wait for years for the trial? Do you think I should have gotten an escort?