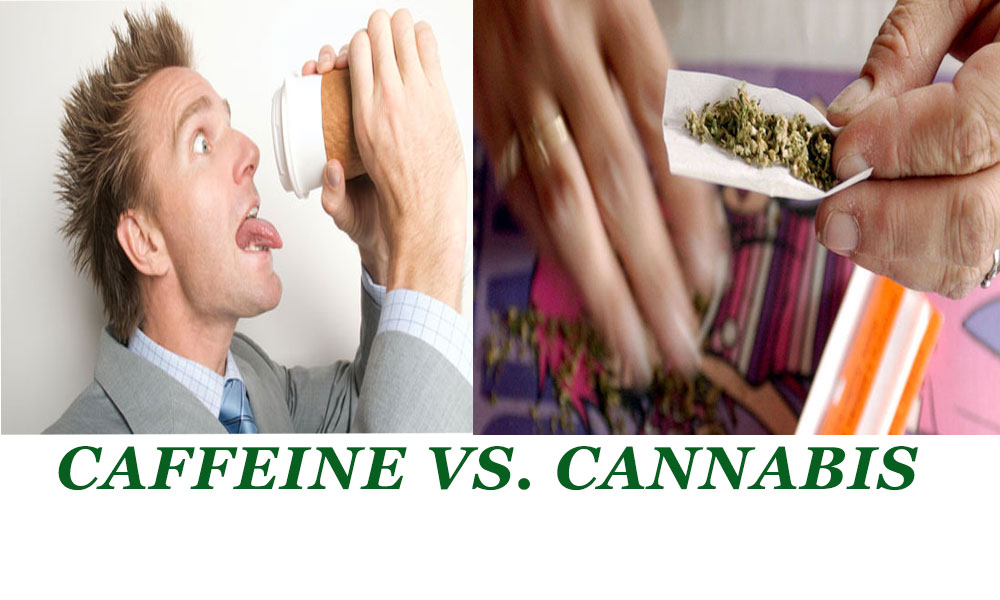 Which Is More Harmful: Caffeine VS. Cannabis

Most people would say they would never give their lives way to drugs. I say LIES and in this article, I will tell you why.

Do you enjoy caffeine? Can you live without it? Are you addicted to it? Cannabis and caffeine are similar in some ways.  I once told someone that caffeine was a drug itself and they just laughed at me because they did not believe that soda, energy drinks, coffee, tea and even chocolate contains this powerful drug or that it was a drug itself. It is the world’s most widely consumed and unregulated psychoactive drug and many would assume it is safe.

A psychoactive drug, or psychotropic is a chemical substance that changes brain function and results in alterations in perception, mood, or consciousness
Caffeine is a central nervous system stimulant. Your central nervous system includes your brain, spinal cord, and the other nerves in your body. Caffeine’s main effect on your body is to make you feel more awake.

Many of us can barely make it through the morning without first downing a cup of hot coffee. It’s become such a big part of our daily rituals that few actually give much thought to what it is that we’re putting in our bodies. Many would tell me they would get a headache if they don’t have their cup of coffee.

Then we have the soft drinks. Soft drinks are introduced at an early age by teachers, parents and other loved ones because they too have the addiction. Sold to you by what that box that tells you how to think known as the television. It is sold as a tasty treat to refresh you, cool you, and fortify you, when really it’s damaging you from the inside out. And it’s legal.

How many soft drinks does your child or yourself consume a day? I bet is many, many cups. It’s a must for every meal for most people.  Most people substitute water for soft drinks.

Soft drinks also contain another drug and substantial amounts of it as well, sugar! But I won’t go into details about that in this post. 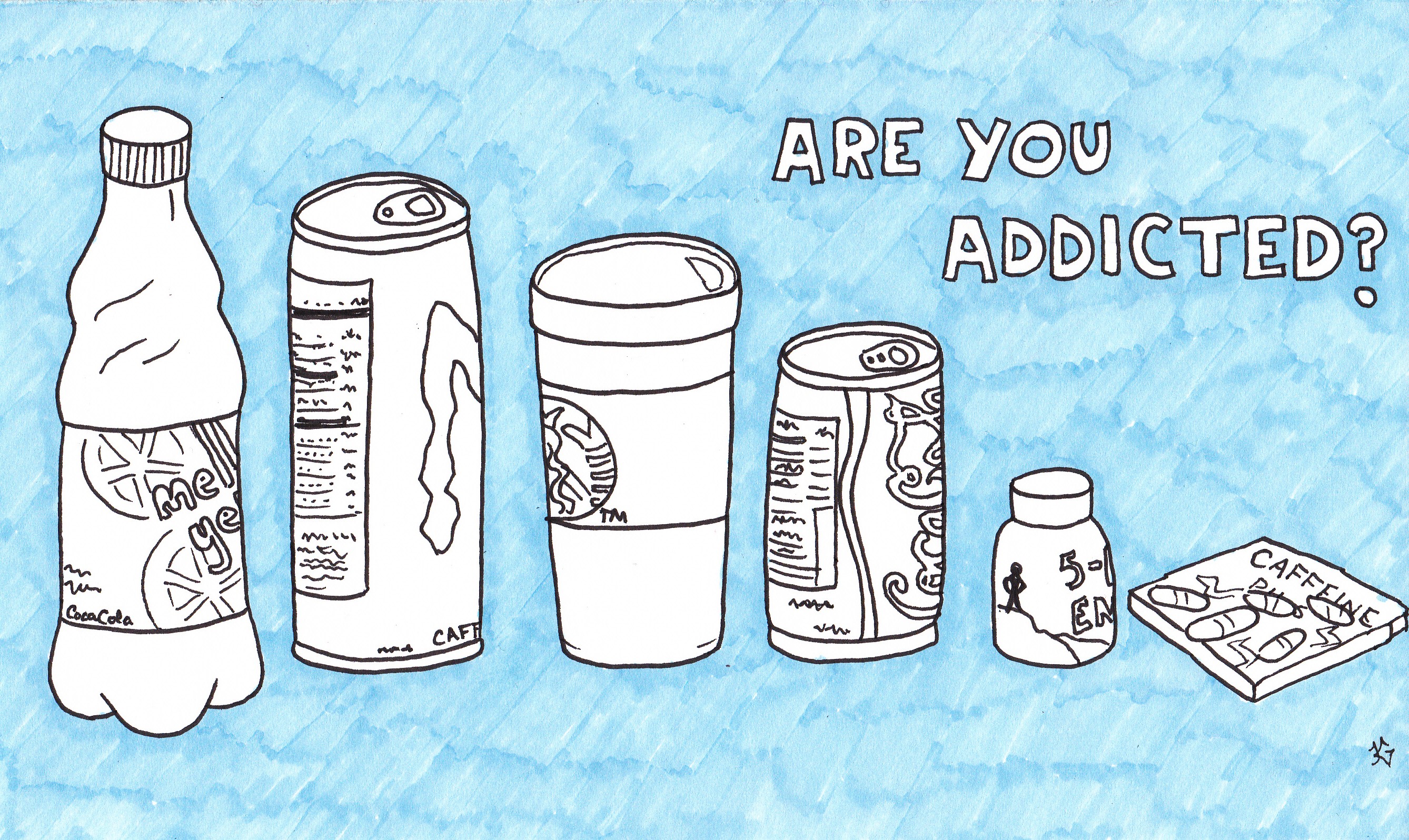 We live in a world full of ignorance and in writing this, I wanted to shed light on how ignorant and hypocritical this world is. If you consume coffee, chocolate, soda and have an issue with cannabis enthusiast using cannabis then you are ignorant and a hypocrite. All because people believe in what others say what is and what is not safe and OK for you to consume.

Not only the people being ignorant and hypocrites, but the very government who want to condemn us for consuming a beneficial plant as cannabis, but then tells us what is safe for us to consume like pharmaceuticals and other bullshit. They only care about what is profitable for them.

Below I want to highlight the facts of both cannabis and caffeine and their effects. 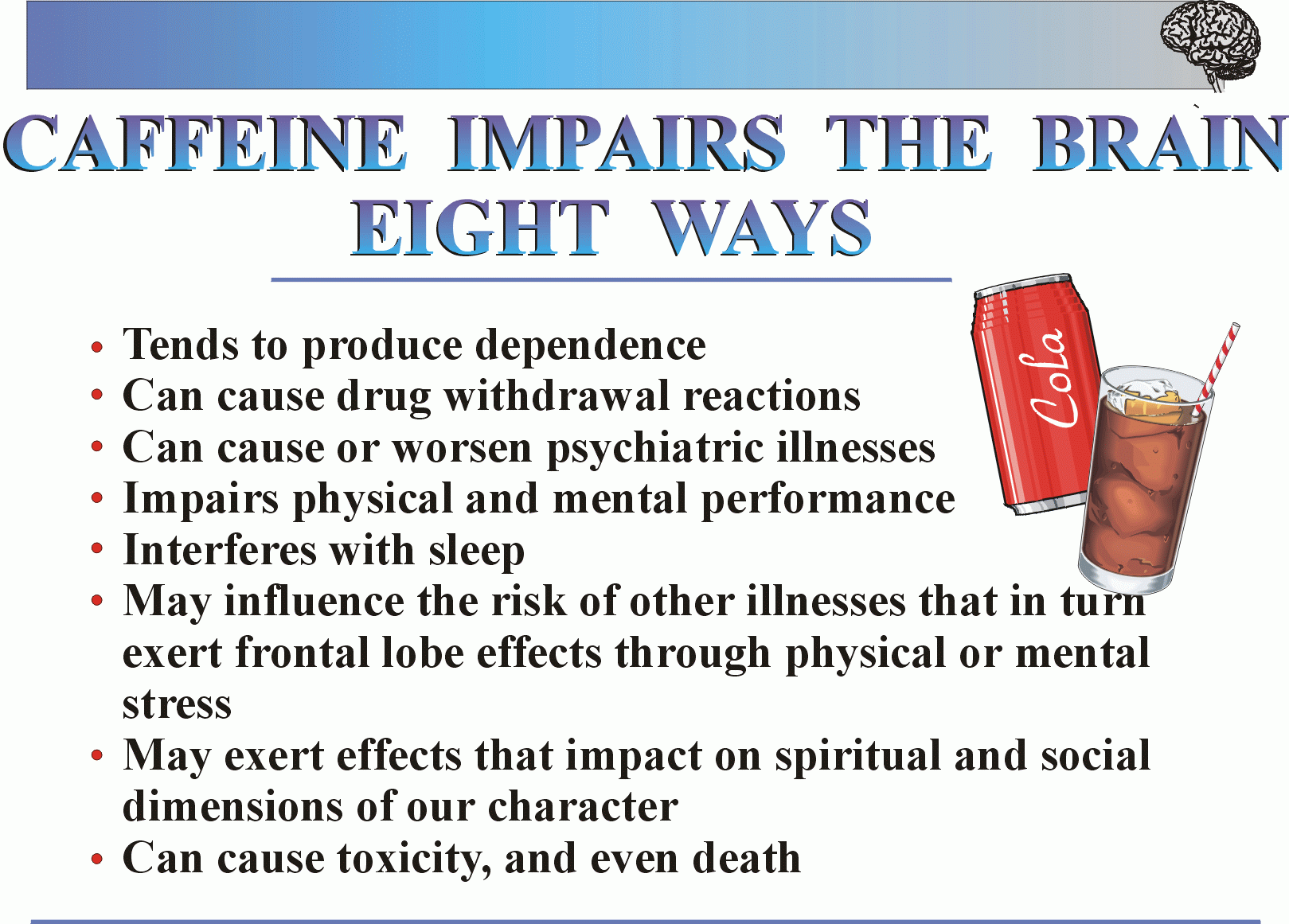 Caffeine intoxication is currently defined by a number of symptoms and clinical features that emerge in response to recent consumption of caffeine. Common features of caffeine intoxication include nervousness (anxiety), restlessness, excitement, insomnia, rambling flow of thought and speech, gastrointestinal upset, tremors, ta chycardia, diuresis, muscle twitching, periods of inexhaustibility, and psychomotor agitation. In addition, there have been reports of patients with caffeine intoxication having fever, irritability, tremors, sensory disturbances, tachypnea, and headaches.

More serious side effects include panic, paranoia, or acute psychosis, which may be more common with new users or in those who already have a psychiatric disease.

The amount and effect of these side effects varies from person to person, as well as with the amount of marijuana used.

From my personal experiences. I don’t get none of these, except the occasional short-term memory where I forget things like speaking in a conversation and jump to another topic and forget what I was talking about initially. But it always comes back to you. My perception is not impaired, unless you call a heightened or as I like to call it HIGH-tened perception, where you appreciate things more, impaired.

High dose caffeine toxicity is very rarely fatal. However, caffeine can be lethal at very high doses (i.e., 5 –10 g).  But there are reported cases of deaths with caffeine overdose as described on this website called the caffeine informer which can be seen by clicking here.

In 10,000 years of known use of cannabis, there’s never been a single death attributed to marijuana. That’s right.

The only death that comes from it, is from the government. 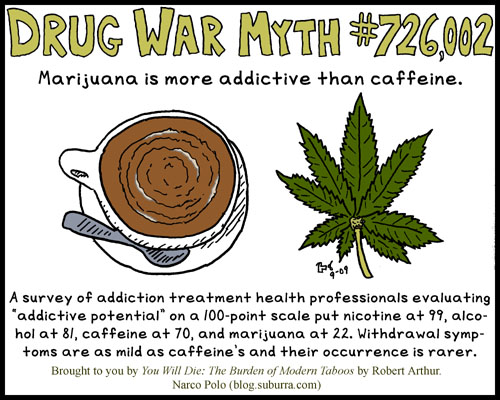 Initially, they’re subtle: The first thing you notice is that you feel mentally foggy, and lack alertness. Your muscles are fatigued, even when you haven’t done anything strenuous, and you suspect that you’re more irritable than usual.

Over time, an unmistakable throbbing headache sets in, making it difficult to concentrate on anything. Eventually, as your body protests having the drug taken away, you might even feel dull muscle pains, nausea and other flu-like symptoms. 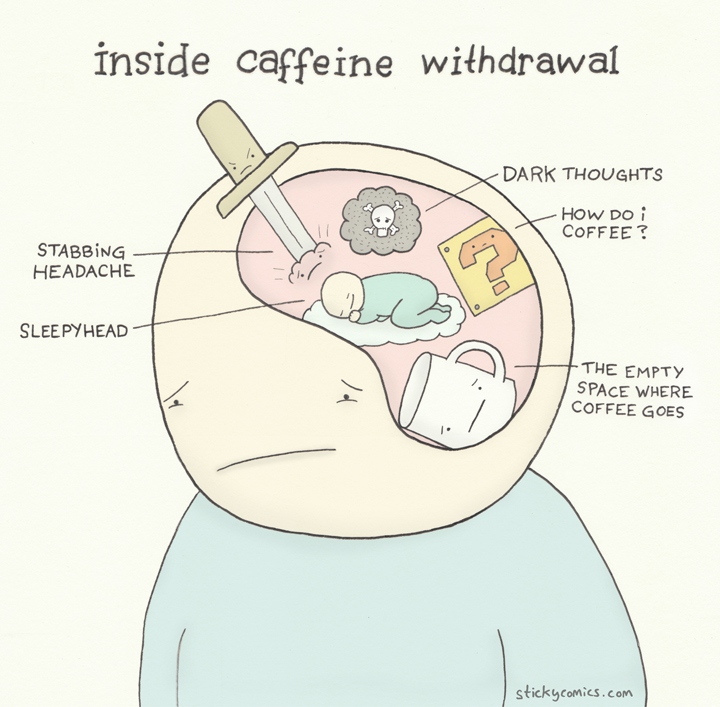 The most commonly reported withdrawal symptoms are listed below:

Now I won’t be biased, I am an avid cannabis smoker, but to the contrary, I don’t smoke everyday. There are days where I do smoke daily. But for me is not a dire need. I never had any withdrawals from cannabis in all my time smoking. I would wake up refreshed the next day and go about my day without the need  to smoke. But every person is different.

I  consider myself a person who has very strong willpower. There are many who don’t have a high (no pun intended.) willpower. I do know many people who do grow a dependence and that they need to smoke. I will go on further on why they need to smoke, further down this post.

From researching the web, I found that some people do get withdrawals. Here are some of the withdrawals of cannabis.

Although not medically serious, cannabis withdrawal symptoms can occur in one half of patients in treatment for cannabis use disorders. These symptoms include dysphoric mood (anxiety, irritability, depressed mood, restlessness), disturbed sleep, gastrointestinal symptoms, and decreased appetite. Most symptoms begin during the first week of abstinence and resolve after a few weeks

A bit similar to caffeine.

So what are the benefits of caffeine if used medicinally. Well scouring the internet in this research, I did not find much, but here is what I found.

Caffeine is shown to reduce liver fibrosis risk in patients with hepatitis C.

Caffeine helps those with asthma. A study published in the U.S. National Library of Medicine concluded that caffeine seems to open airways and help asthmatics breathe easier similarly to theophylline a drug currently used and one that’s a close cousin to caffeine. The study.

Here are the health benefits of consuming caffeine 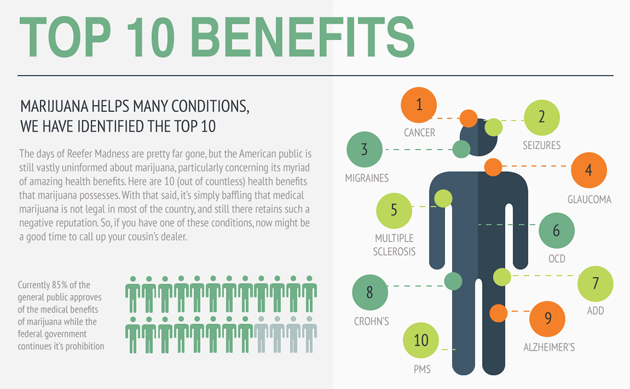 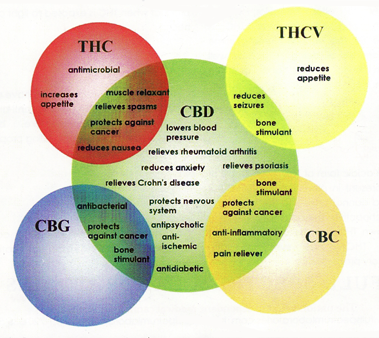 What you see on these 2 charts are cannabanoids. Some of the compounds found in cannabis and each one has different properties. There are strains high in CBD and low in THC, which is the compound that produces the psychoactive high, where as CBD cannot. So you won’t get as high with those particular strains. I will go further on the cannabanoids on another post in the near future. 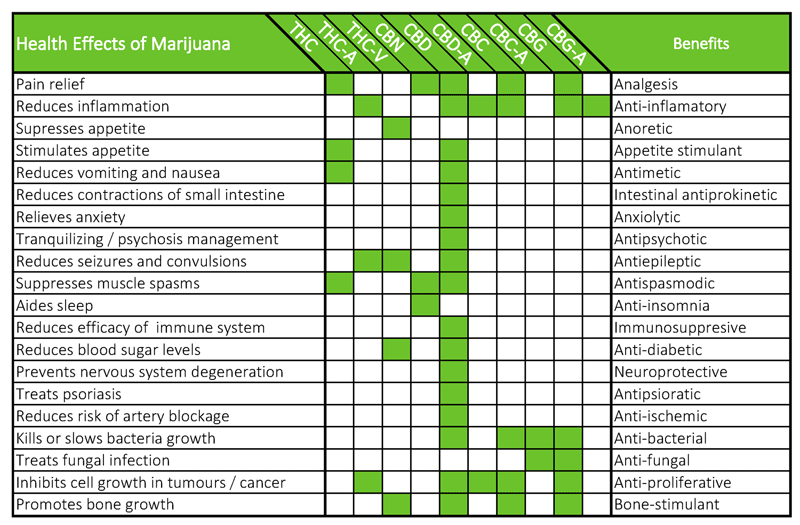 It is been shown to shrink cancer with cannabis oil as well. Children are even using the oil for Dravet syndrome, which is a rare form of epilepsy. The potentials for this plant goes ignored because we are too ignorant to see the facts. 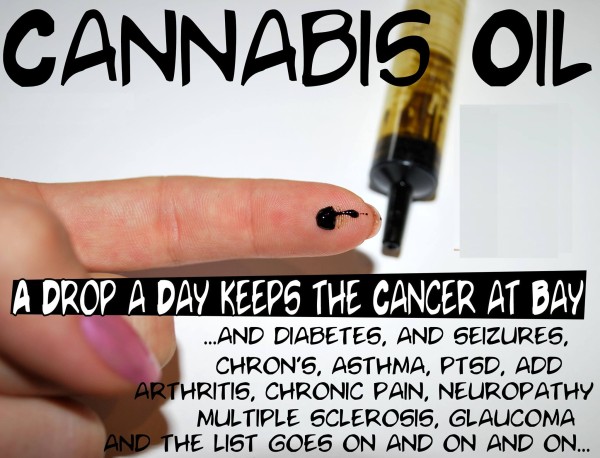 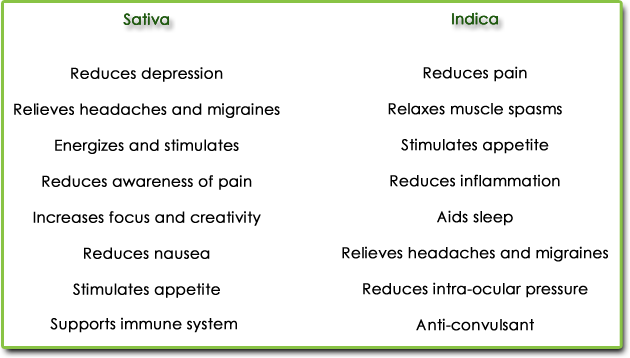 Cannabis has Uppers (Sativa) and Downers (Indica).  So in a way Sativa is our coffee as we feel much more energetic. Now having the black market that we currently have, we don’t know what we are getting. Which is why we should grow our own medicine.

In the end,we all have our choices and it is that or freedom to choose what we want to consume. I could care less that you consume your caffeine or whatever else you CHOOSE to put in your body. It is your body. Just like it is my body to freely put what I deem is good for me. We don’t need the government or any other person being our babysitter.

CHOICE is a beautiful thing. Without it we would all be following the same path, even though it seems like we already are.  Decision is what we are left with, but I will be damned if I will let you or a government decide what goes into my body.

As always, it all starts with education. Educating ourselves on what is truly beneficial for us. If you know that meth does what it does to you, or even cigarettes for that matter, then why consume it. I know that is not beneficial to me, But if the government would tell you that it is OK to consume, people would gladly take it.

We must use our judgement and not be blinded by our own ignorance. Trust yourselves and research before putting whatever it is in your body instead of blindly putting whatever someone else suggest.

I don’t recommend it just for the «fun» factor that everyone assumes we smoke for. I don’t smoke for fun. I smoke in moderation.  That is the keyword, moderation. Not to abuse things or make things as a crutch, don’t let things control you or to consume you. You can say drug is a money, because all we want is more, more, more.  It’s that psychological dependence,as with coffee and caffeine. But I feel if we can control our minds, that is our frame of thought, we ultimately control ourselves and our impulses.

Going back to willpower, some people have a low willpower. But others live in this stressful world as we live with constant overburden of stress that is not normal to our health. So sure people smoke it everyday after a stressful day at work, just like most people drink their cup of coffee in the morning to get ready for work. As I said earlier, most people even smoke a Sativa before work, because for some, like myself, sativa is our coffee as it makes us energetic. I smoke and clean the beaches here as I wrote in this blog.

So as you can see cannabis and caffeine are similar. Now in my view, I believe caffeine does more harm to a person than cannabis ever could. But yet they incarcerate many of us for choosing what we want to do, when it causes no substantial harm to anyone. You have your drug of choice, we have ours. If we are incarcerated for a plant, then you all should be incarcerated for your intoxication of soda and coffee,  lock your kids for consuming their soda. Lock everyone in the world up for drinking coffee.  Sounds a bit ridiculous, no? Well that’s how ridiculous it is to lock us up for what is nature! 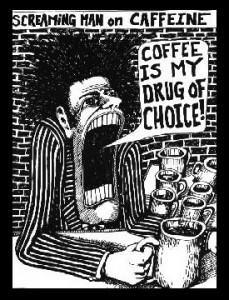 Special message for the ignorant hypocrites

One last thing for those of you who say you don’t give your life to drugs or have an issue with us cannabis enthusiast enjoying our drug of choice. I say you are all a bunch of ignorant hypocrites. I would bet that you give your children soda with it’s overloaded content of sugar and then snivel  at us because we choose to use something we freely chose for ourselves.

Do you think cannabis is safer than caffeine?