Why I Walked Around With A Cannabis Flag In Puerto Rico

I am currently in the geographic area of Puerto Rico where  for the last 5 years, I protested  for the environment at the different beaches and rivers around the island. To raise awareness to the litter that the people are creating since the people treat this paradise like a landfill. Which could be read more about here.

I would walk around showing people the signs so that they can read them and hopefully plant some seeds of change.

Along with my signs, I also walked around with a cannabis flag for the last 3 years. Now most people will not understand why I carry a flag. Most would assume I am a Rastafarian, many would say YEA MON or look Bob Marley and that’s the typical generalization and label we attach to a cannabis enthusiast. One of the reasons I carry that flag is because of that ignorance.

For the record I am not a Rastafarian. We don’t need to be to enjoy cannabis. Cannabis does not come from Jamaica.

Many people think, OH LOOK, He has opened up shop at the beach. Yeah, because I am going to drive attention to myself and say HEY I HAVE WEED, come arrest me. Many do not understand the term protest since most of the people here don’t protest.

Now that we got there clear, I will list the top reasons why I walk around with a cannabis flag. 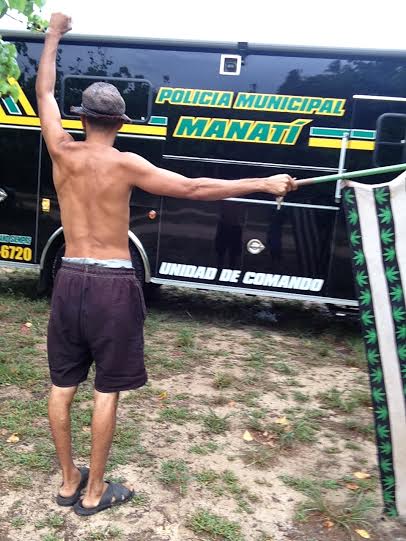 I walked around with my flag to be the voice of the innocent brothers and sisters in jail for a plant since the laws are harsh here. It’s my form of protest to show people the symbol and to be that reminder that we are not criminals.

As I protest for the environment and clean the various beaches. I want to show the people that I am a cannabis enthusiast and this is what we do and yes I protested being under the influence of cannabis, let’s see a drunk person do that.

When kids look at the flag and ask their parents what is that. The parents should educate themselves in order to educate their kids, But we live in a world where we stay ignorant and where parents what the schools to teach their kids everything, when schools teach them what to think, not how to think and so we go on with this regurgitated mindset and ignorance.

So that’s where I come in and educate the parents when I get that chance. I want to show people that cannabis is not what they think it is. That it is something more than smoking, it’s spiritual for many like myself and it’s our medicine as every cannabis strain is medicinal and has been for the past thousands of years. 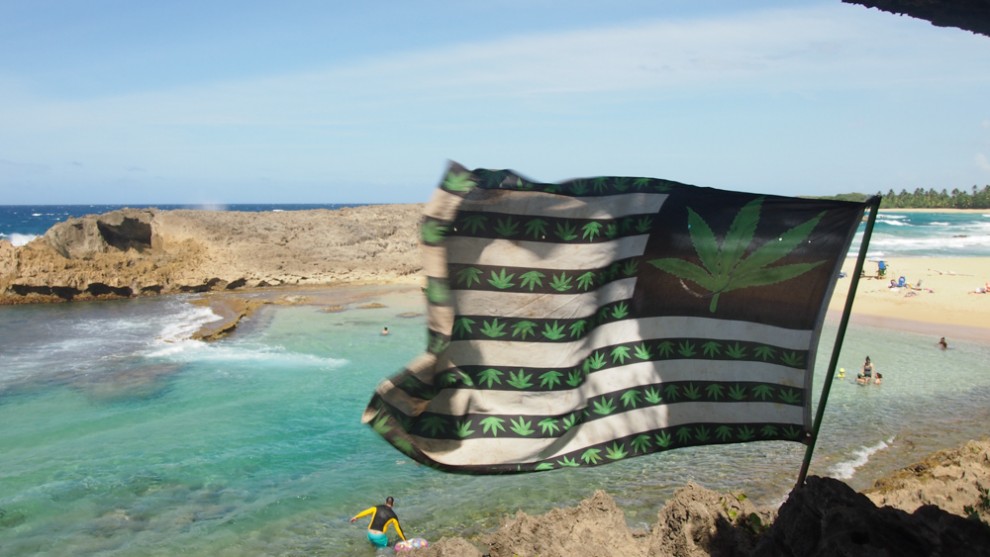 I walk around with that flag because I want everyone to smoke freely. To be free. When I plant that flag down, the area is now the republic of cannabis where you smoke as you please. We need more civil disobedience , to come together and light up, exchange ideas and thoughts to change our world.

Cannabis to me represents freedom. So my flag represents freedom. I am often asked where I am from and I state I don’t believe in flags or countries, people would always point to my flag, But you have a flag there. I would then have to point out that my flag does not represent division like a countries flag. It represents unification because as we all know, CANNABIS UNITES THE PEOPLE. Which I wrote a blog about here.

You can view pictures of my protest here.

There you have it the top reasons why I walk around with a cannabis flag.

Please comment down below on what you think of my reasons.