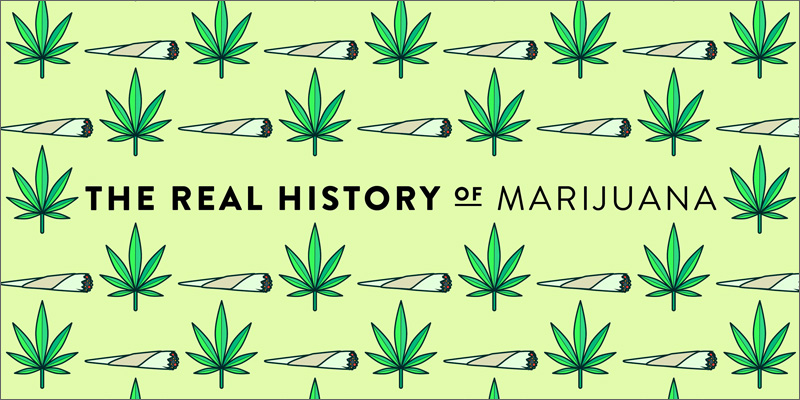 Watch This Short Video on the History And Why CANNABIS is

Here we are in 2016, in a world full of ignorance and in a world that continues to breed ignorance and hypocrisy because we are easily influenced into conforming into a way of being and into this closed minded for of thinking.

Cannabis! Here we have a plant that has been demonized for close to a century and still to this very day the world remains ignorant on a plant that grows in nature naturally and causes no harm to no one and yet it is illegal.

Yet i doubt many people even know why they are against it. It all started with propaganda. As we know repetition is brainwashed and all you need is one generation to believe something so that they could continue to pass it on and on and on and so we don’t think for ourselves as we just accept the indoctrination of what we were told and thus it remains partially illegal.

The reason cannabis was made legal has racist motives and roots, but we can also bring in the cannabis hemp industry into it as well. As you have textile companies such as Dupont and timber companies who would lobby to get hemp banished so that their products could flourish.  That is the world we live in after all. Just pay off a few parasitic politicians and you get your way.

back to the racist roots and motives. With the influx of Mexicans coming into the states and bringing cannabis on over, it is said that the government named it “Marihuana” To give it a Spanish sounding name, so that it would entice people not to smoke this menacing drug.

“There are 100,000 total marijuana smokers in the US,
and most are Negroes, Hispanics, Filipinos and entertainers.
Their Satanic music, jazz and swing, result from marijuana usage.
This marijuana causes white women to seek sexual relations
with Negroes, entertainers and any others.”

But let us not forget the propaganda video that brainwashed that generation into believing all the nonsense. REEFER MADNESS, which I highly recommend watching stoned off your ass just to laugh at the stupidity it portrays and you can find that video on one of the movies I have listed here on my site to watch stoned. Click here to watch.

In closing, Now with the influx of states legalizing it for recreational use and many for medicinal use (Which I believe is bullshit. but hey its one step closer right?), and with some states decriminalizing it. It’s only a matter of time cannabis will be freed from it’s shackles and then people would look back and say WTF.

I could just keep rambling on but you are here to watch a short film. So without further ado…

Subscribe to my monthly newsletter to be up to date with everything radically wild. No spam!